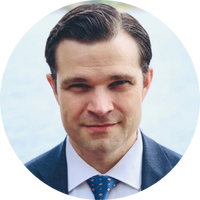 Paul is a veteran of the U. S. Marine Corps, where he served in support of Operation Enduring Freedom and the Global War on Terror as an infantry squad leader. He is also an author and frequent speaker at political events having spoken all across the nation from Washington DC to Los Angeles.

In 2010, Paul was elected to the Missouri General Assembly where he served for eight years including terms as chairman of the House Committee on Ways and Means.

Paul began his career as as investment representative in 2008 and has built custom portfolios with high quality investments for high net-worth clients in over 25 states.

Paul currently lives in Washington, Missouri with his wife, Ruth, and their five children.